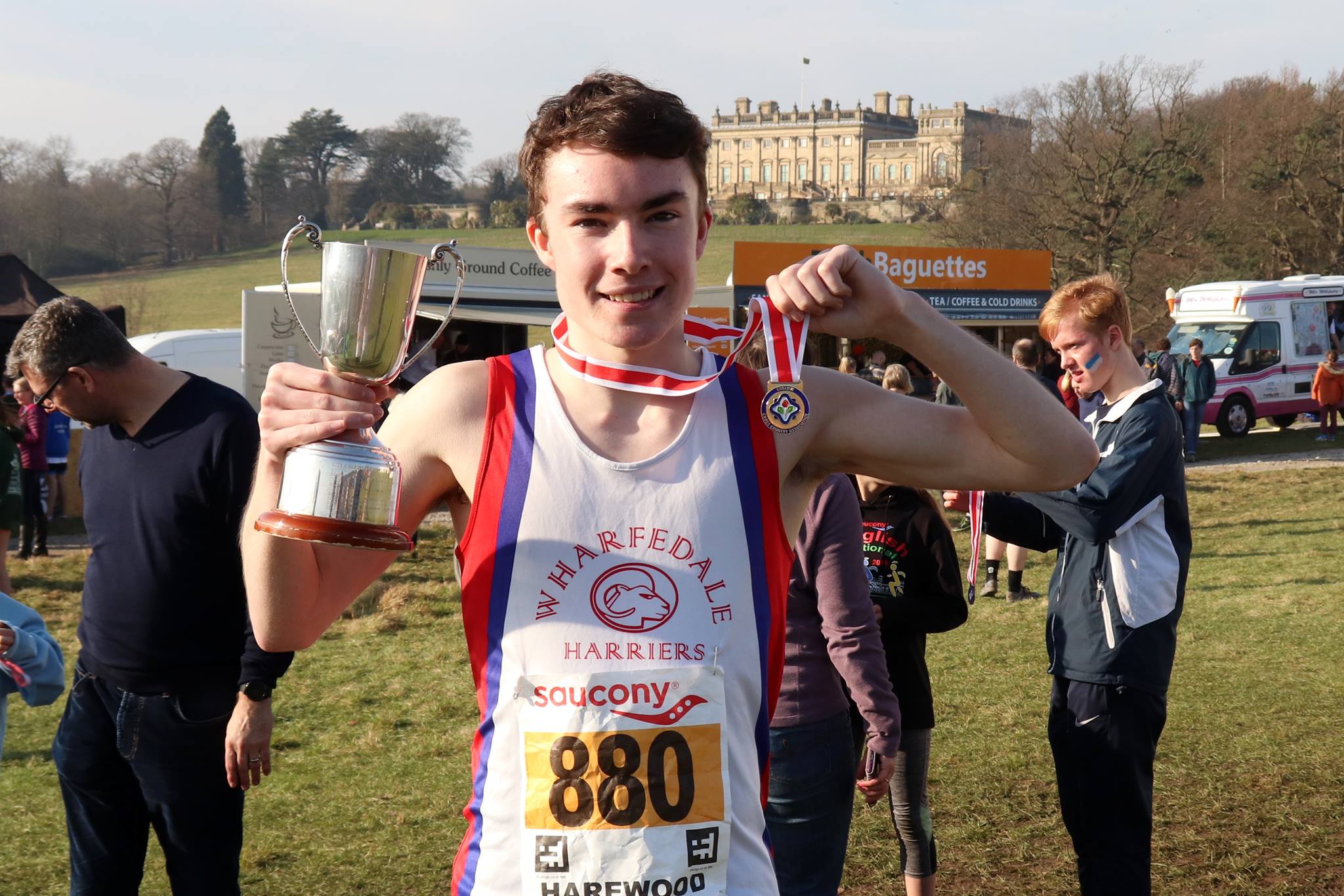 It was another great success for Alex Thompson as he completed the hat trick of major XC wins this season by adding the U15 boys English Championship to his Yorkshire and Northern titles as the English XC championships came to Harewood House.  He was quietly confident as he stood on the start line but was up against an unknown threat of Southern and Midland contenders that he had not raced against before.  The Southern champion Louis Small set off at a fast pace and took an early lead with Alex happy to sit just behind in the early stages.  However Louis particular running style made it difficult for Alex to keep a steady pace, so Alex decided to take control and go in front just before the half way mark.  From then onwards Alex was in control powering up the slopes and running away on the downhill to finish comfortably 7 seconds ahead of 2nd place.

Two other juniors did extremely well on the day.  Alice Jones in the U15 girls race finished 10th out 362 and Amelie Lane finished 17th in the U13 girls race out of 418.

We also had full teams of both men and women competing so it was a good turnout all round.  The ladies finished 23rd overall with Ailish Graham our highest lady in 80th place out of 1034 whilst the men finished 28th with Robin Howie first Wharfedale man in 139 out of 2006 runners.

Well done to all that ran, juniors and seniors.  Considering the size of our club compared to some that were present we did remarkably well.