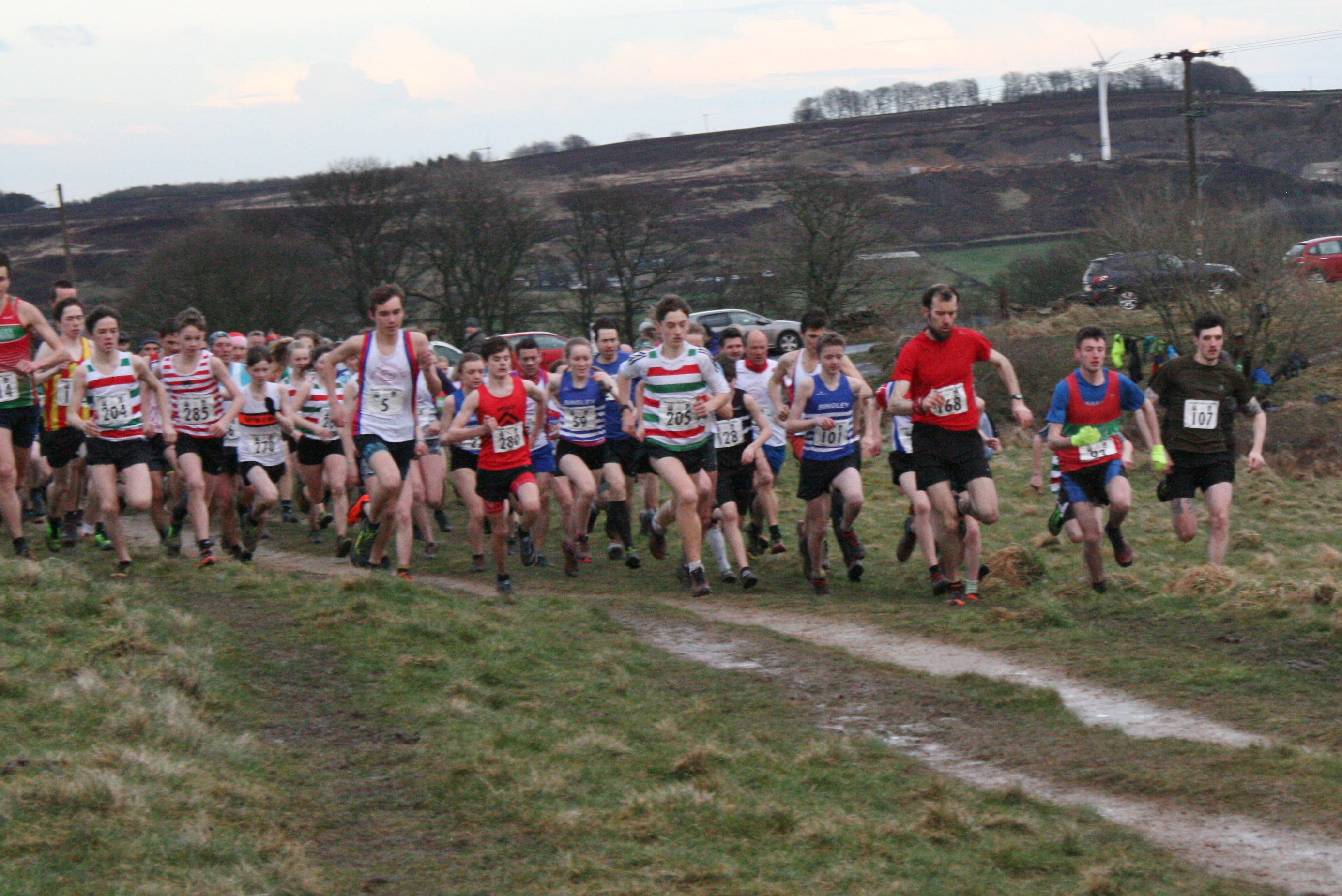 181 runners toed the line for this weeks Bunny Run. After some torrential showers at tea time along with thunder, fortunately the rain abated and it stayed dry for the course of the race. However after rain the previous day  also, the ground was much wetter than last week so there was lots of mud on offer.

This weeks Egg Stage involved a bit more of a battle and was won by Joe Hudson of Keighley and Craven who just managed to pull clear of Rob Little as they went past the line, in a time of 3:29. The main race also involved more of a battle as when they went past the start for the final time it was Rob Little just in front of Jack Wood, both of Ilkley Harriers.  However by the time they came back up from the cemetery, Jack had pulled clear to take his 2nd win of this series in a time of 16:03

For the ladies race however it was a repeat of last week with Alice Jones of Wharfedale Harriers once again leading from start to finish, to win in a time of 19:23 and to take the Egg Stage in a time of 4:10.

The team prizes also went the same way as last week, with Ilkley taking the Mens team prize and Bingley the Ladies.